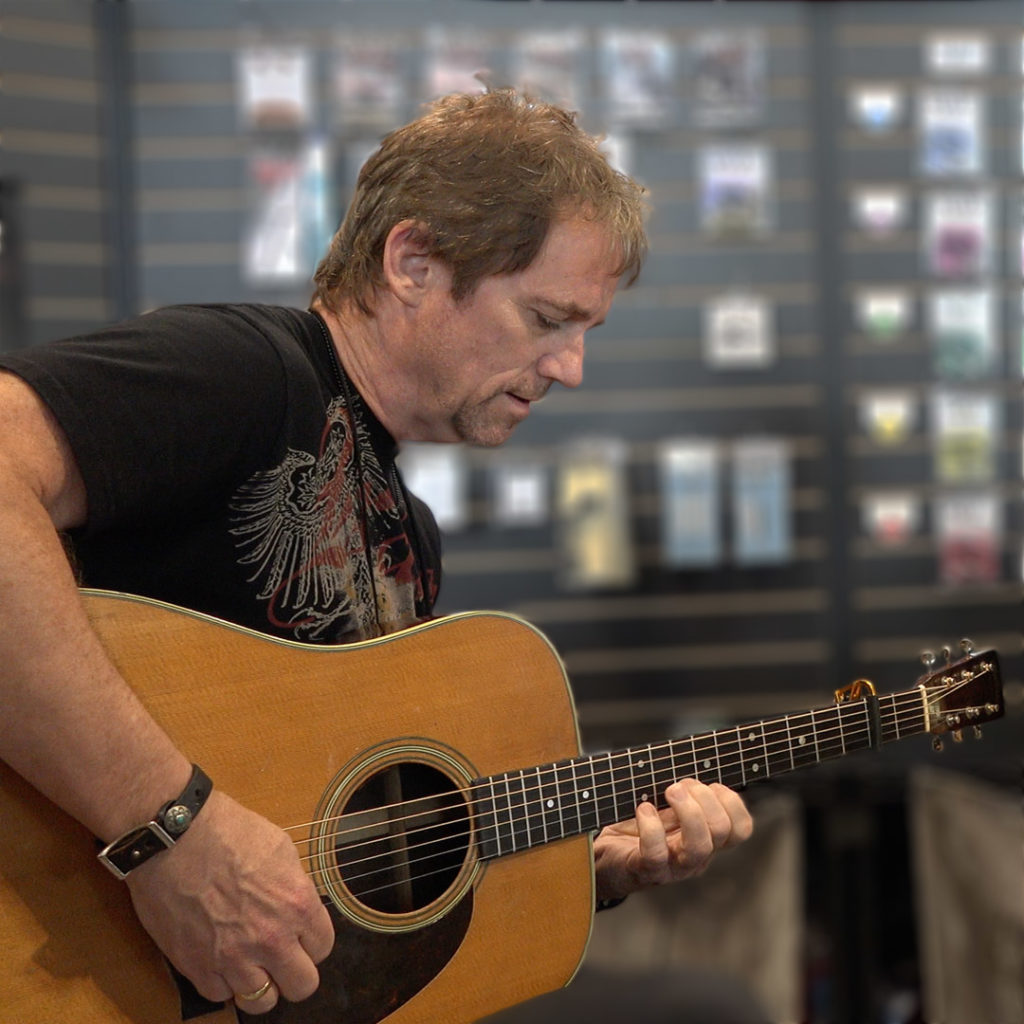 “In the studio 6 days a week, I have to have a capo that can perform without question under a microscope – Shubb never fails to deliver!” — Brad Davis

I met Brad Davis through John Jorgenson a number of years ago, and we’ve been friends since that time. We have also been fellow guitar instructors at the Colorado Roots Music Camp, so I’ve had a chance to see him perform, teach, and interact with other players.

In addition to being a fine guitarist in a multitude of styles, with a pedigree that reads like a “Who’s Who” in country, bluegrass and rock music, he is quite simply, a great guy to sit down and play a tune with.

Brad has developed a signature guitar technique which he refers to as “Double Down Up,” and it has been known to make other guitarists shake their heads in disbelief! He created this after listening to Eddie Van Halen recordings. Brad did not know that the amazing flurries of notes he heard were produced by left hand tapping, and he came up with a right hand picking technique that emulates the sound. It combines consecutive downstrokes and rest strokes to result in a rapid-fire series of notes, similar to a drum roll:

Gypsy Jazz players will be familiar with the basic technique, but Brad has applied it to fiddle tunes and bluegrass solos, resulting in a fresh and unique approach that allows the flat picker to keep up with banjo, mandolin, and fiddle players, note for note, regardless of tempo. That is, if you have chops somewhere in the vicinity of Brad’s.

At last year’s NAMM show (2016) he came to our booth and said he’d like his name to be included on our list of the Shubb Family of Artists. He had done some experimenting with other capos, but never found anything to compare with a Shubb, and now he was back home for good.

Of course, we were delighted, especially when he asked if there was anything he could do for us. When he showed up at the following summer NAMM in Nashville, we thought of something. We handed him a guitar. He played some dazzling fiddle tunes along with with Tim May and myself, and we hope there’ll be more of that to come.