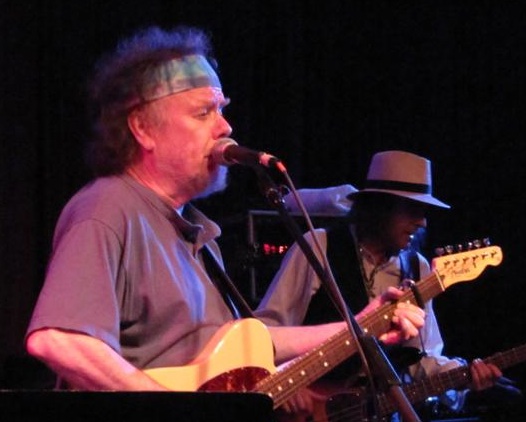 I recently played a couple of “reunion” gigs with David Nelson and Eric Thompson. I had not actually been a member of the original band that was reuniting. The Black Mountain Boys was one of Jerry Garcia’s early bluegrass bands, and I was honored to be invited to try to fill those legendary shoes.

Back in the 60s David, Eric, and I had been housemates at a couple of different communal house in Palo Alto, along with various members of the Grateful Dead. Nelson was playing bluegrass then, but just beginning to adapt his acoustic chops to the electric guitar. He would soon become a key figure in the blossoming west coast music scene and a pioneer in fusing country with psychedelic rock as a founding member of New Riders of the Purple Sage.

I had been in touch with Eric over the years, but had not seen David since those early days, nearly forty years ago. When we got together to practice for our gig, it was practically as if no time had passed. I was delighted to find the very same David Nelson I had known back then, including his passion for music, his offbeat wit, and his amused fascination with anything weird. I was also pleased when he took out his trusty Shubb Capo, which he’s been using for many years on all of his guitars, acoustic and electric.

Our gigs went well; they were a lot of fun, and the rehearsals for them were even more fun. Nelson’s songbook of signature vocals and his gorgeous acoustic guitar playing were right on the money. We all enjoyed it so much we threatened to do it again. The trick to that will be to pin David down, because between the New Riders and the David Nelson Band, he is playing and touring almost constantly.