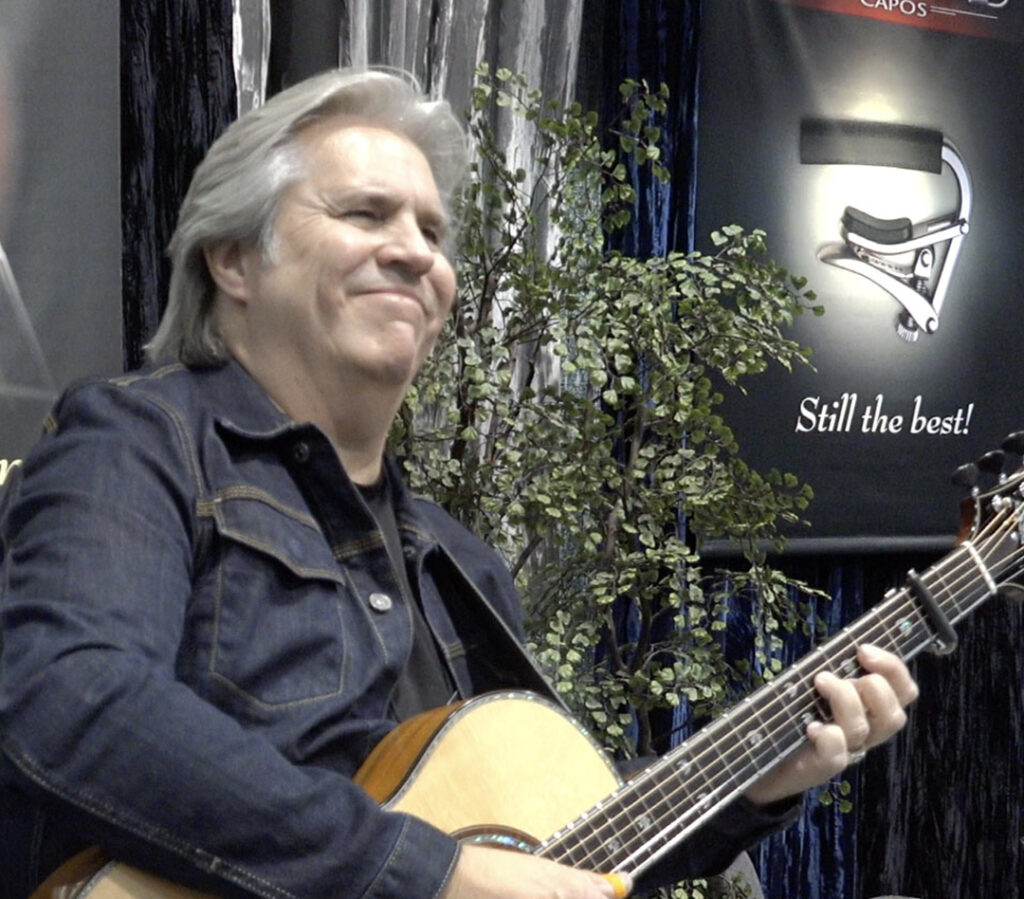 My first musical hero was Merle Travis. There have been fancier finger pickers, but he had a certain rhythm and touch that almost no one has yet duplicated. The term “Travis style” gets used for almost any finger picking, but the real Travis sound is still as rare as can be.

A few years ago, at Musikmesse in Frankfurt, in a huge, crowded exhibit hall, I heard a sound amidst the din that practically snapped my head around. At first I couldn’t tell where it was coming from, but followed the sound to the acoustic stage. It turned out to be Doyle Dykes, not the ghost of Merle Travis as I’d thought. I soon found out that the Travis sound, while at the root of his style, was only the beginning. What a player!

After his set, I introduced myself, and told him how his playing knocked me out. Although he didn’t happen to use a capo on the part of the set I caught, I was glad to learn that Shubb was his capo of choice, and that he did use it frequently. I laid a capo on him, and he graciously gave me a CD in return.

A little later that day, I was talking to my good friend John Pearse, also exhibiting at Musikmesse. “Man, have you heard this guy, Doyle Dykes?” I said, as though I had discovered someone new. I don’t get out much. John, of course, already knew his playing well. In fact, he told me he had once attended a wedding at which Doyle Dykes performed the ceremony (he’s a minister, too). While all the other wedding guests were getting weepy over the bride and groom, John kept nudging people excitedly, saying “Do you know who that minister is? When is he going to play the guitar?”

Since then we’ve stayed in touch with Doyle; he’s been featured in some of our magazine ads, and always stops by to see us at the trade shows. Below is a video of him playing at our booth at the 2016 NAMM show; check out his little trick with the capo after the first tune of the medley (at around 1:42). Always the showman! Thanks, Doyle.

“I use Shubb Capos every time I perform. Whether on a 6-string acoustic or electric, 12-string or nylon string guitar they always work and sound great.  I love doing a quick capo release on some of my arrangements and they’re so fast I never miss a lick! What a crowd pleaser.  Shubb capos are definitely part of my show!” — Doyle Dykes