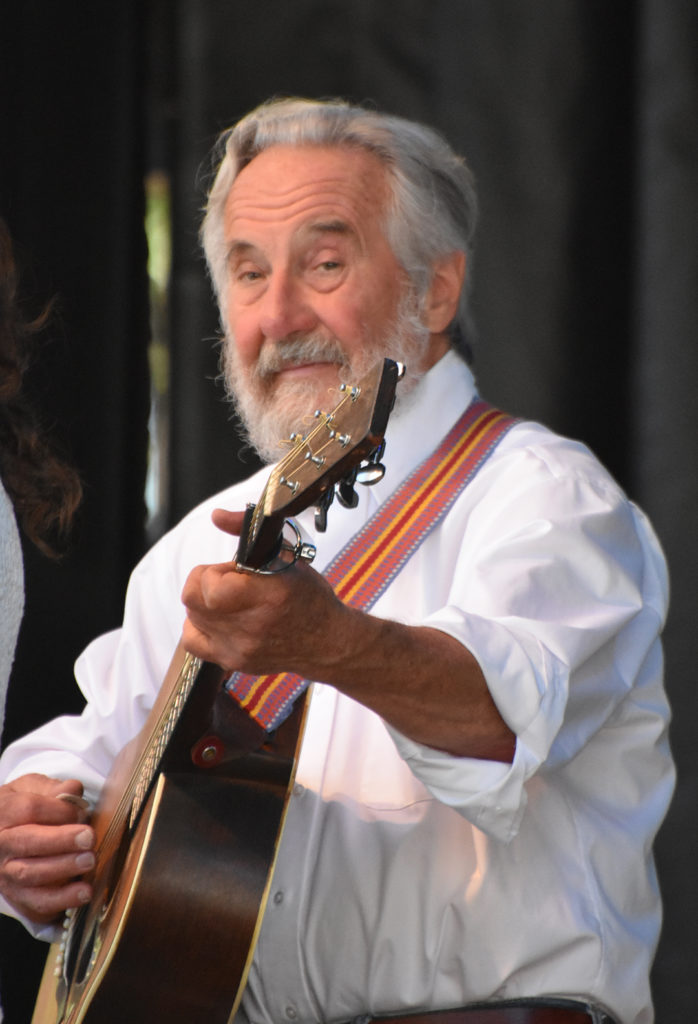 I first met Eric Thompson when we were both in our teens. He was already an accomplished bluegrass lead guitar player in the styles of Clarence White and Doc Watson. He has continued to develop his playing over the years, and remains a central figure in the West Coast bluegrass and old time music scene.

In our early 20s we were in a band together — the Diesel Ducks — that played mostly old time fiddle tunes, featuring fiddler Hank Bradley. In recent years this group has reunited a few times, and I’m pleased to report that when we get together, our fingers feel like they’re twenty years old again, and the music comes out pretty good.

In 1978 Eric recorded an LP for Kicking Mule records called Bluegrass Guitar. It was reissued as a CD entitled Thompson’s Real. I played banjo on some of the tracks. Here’s one of those tracks, which also features David Grisman, Suzy Thompson, and Paul Shelasky: