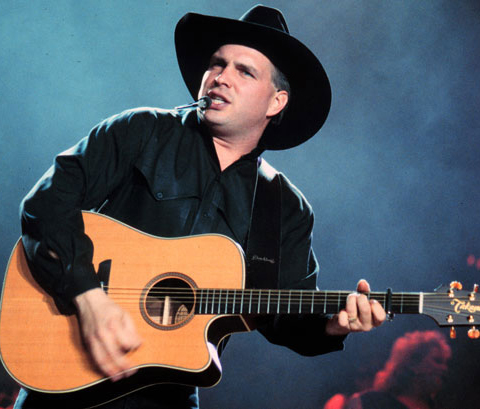 The first year that the Summer NAMM show was in Nashville, I can remember seeing a guy coming down the aisle towards our booth and thinking to myself “Look at this guy trying to look like Garth Brooks. Oh, wait a minute…”

Yes, it WAS Garth Brooks, and he stopped by the booth to pick up a spare capo. He had already discovered the Shubb Capo, which was still relatively new at the time, and it was the only capo he would use.

Fast forward to 2014: Garth Brooks is on the road again, after years of semi-retirement. If ever there was a performer who could rest on his laurels, this megastar has logged album sales and concert ticket sales totals that may never be surpassed.

But we had a feeling that something was up when we got a call from his guitar tech, saying that Garth needed a few more capos. Sure enough, the next thing you know, he’s back out there knocking the socks off audiences all over the world — something he does better than just about anybody else.

Garth may only use a capo on two or three songs in a show, but he likes to have his trusty Shubb ready to go when he needs it. So he always keeps it hooked on the corner of the left side pocket of his jeans…