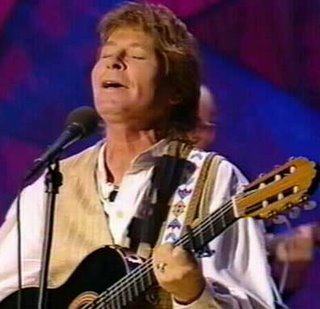 John Denver was, and still is, part of American culture. Through his songs and his singing, we all felt as though we knew him, and that this friend was taken from us far too soon.

In the earlier part of his career I remember seeing an elastic capo on his guitar, as many used in those days before Shubb capos were on the market. Not too long after they were introduced, though, I saw John using one, and from then on, the Shubb was always his capo of choice.

My friend Jim Salestrom, who worked with John Denver for years, tells me that the Shubb capos I saw on John’s guitars often were formerly Jim’s own capos. John would somehow “acquire” them, and soon “forget” that they were once Jim’s. Salestrom, an easy going guy, eventually came to accept the fact that he was buying Shubb capos for two.

A friend of mine came up with a funny slogan for us, which we never used, but it comes to mind now. “Shubb capos: they never wear out, your friends just steal them.”

However it might have gotten there, I was always glad to see a Shubb capo on John Denver’s guitar.