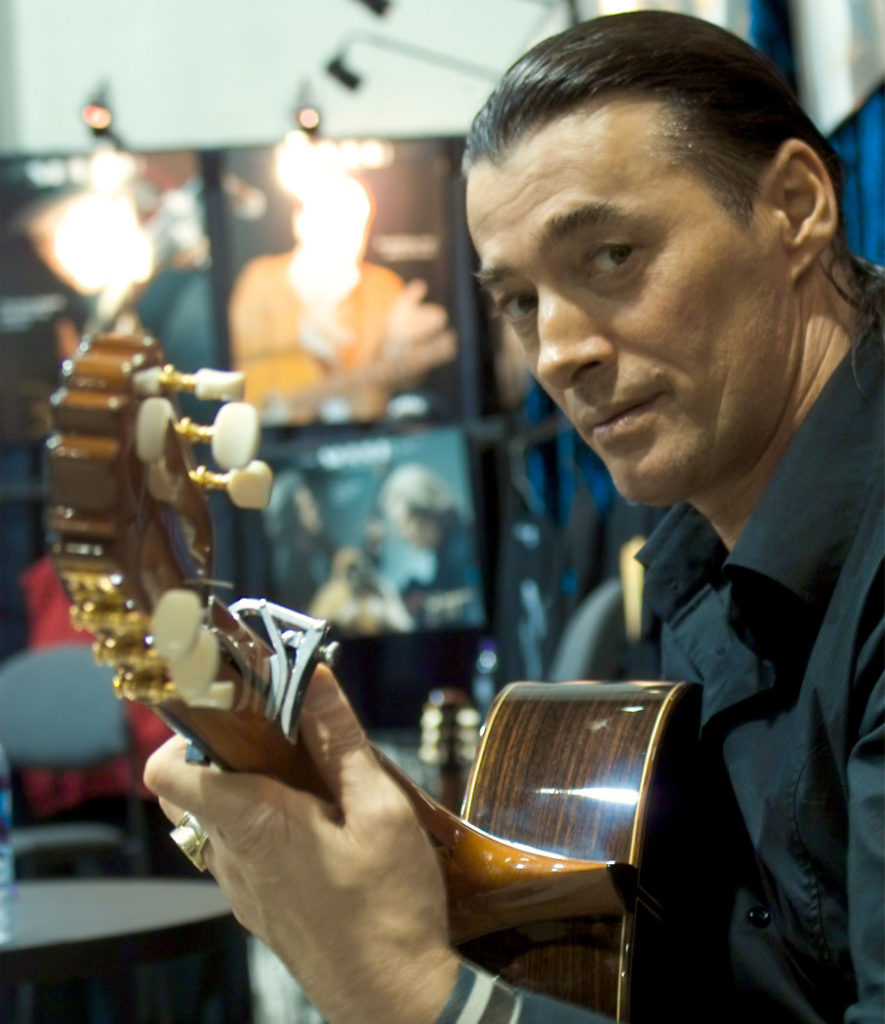 There is no player in history who is more respected among guitarists than Django Reinhardt. Mere mention of his name ends any discussion of the all time greatest, as the legendary Gypsy genius is regarded with almost god-like reverence. And rightly so.

Is there a guitar gene? Listen to Lulo Reinhardt, grandnephew of Django Reinhardt, and you will answer YES.

I met Lulo through my friends at Saga, who worked with him to design his signature guitar. Together we brought him to the USA for the first time, for a concert at the 2007 NAMM show. The show was great, and those of us who were there shared a small piece of history. I was proud to be able to present the first US appearance by this phenomenally talented artist. He has been back since, of course, and the USA will continue to discover, as Europe already knows, that the soul of Django lives on in the hands and heart of Lulo Reinhardt.

Taught by his father beginning at age 5, he had mastered the arcane and incredibly difficult Gypsy jazz style by the time he was a teenager. Like any great musician, Lulo was not content to simply imitate, but continued to develop and craft his own sound. This quest has led him to the Spanish roots of the guitar, as he has now absorbed the Latin jazz style, as well. So now Lulo is equally at home with Gypsy jazz and Latin jazz, and most interestingly of all, his own unique blend of the two!