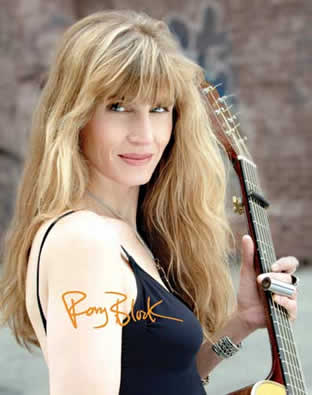 “Everyone’s trying to build a better mouse trap- but there’s still nothing out there better than a Shubb. I’ve tried ’em all, and this is by far the best.” — Rory Block

Many years ago Bob Wilson and I played a gig at the Freight and Salvage in Berkeley, opening for a young blues singer and guitarist named Rory Block. When we finished our set, I sat in the audience and listened to Rory. It was the first time I’d heard her, and I was blown away. She was already the real deal on all levels; singer, guitarist, performer …the total package.

I was also pleased to notice that she used a Shubb capo. Shubb capos were not as well known then, and the most discerning musicians were the ones who were picking up on them.

Well, nowadays Shubb capos are much better known than they were back then, and so is Rory Block. I’m happy to note that she’s been using her Shubb all along. It might even be the same one.

When we began featuring artists in some of our magazine ads we contacted Rory and she kindly gave us permission to use this attractive portrait by Shonna Valeska that also happened to show the capo quite well.

It’s a real pleasure to have an artist the calibre of Rory Block using my capo.