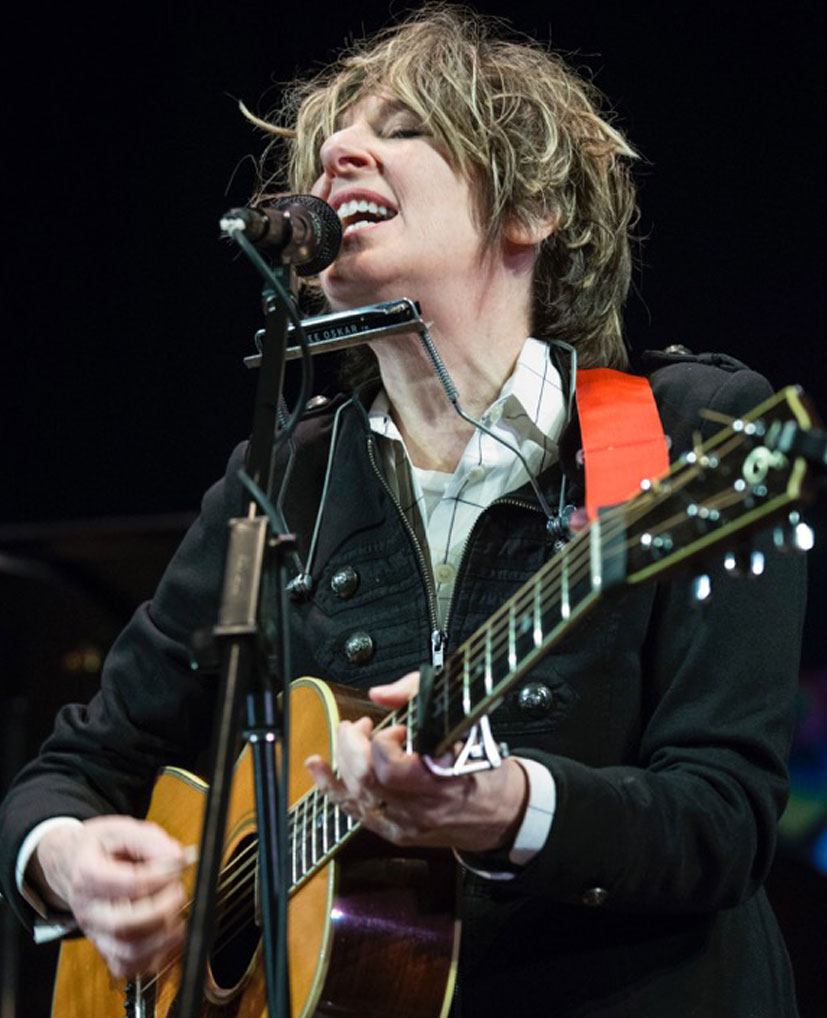 I like to refer to the players who use my capos as “the Shubb Family of Artists,” because they really do feel like family to me. And no one fits that description better than Sonia Rutstein.

I first met Sonia in 2005 at the summer NAMM show in Indianapolis, and then the following year in Frankfurt, Germany, she graciously played a set at our booth on each of the four days of the show. That’s when I learned what a dynamic performer she is. She sings with an exuberance that is straight from her heart, and she writes songs you want to hear again.

It’s a happy circumstance when an endorser is so strong on my products, and I am equally strong on their music… AND they are someone I grow to feel close to personally. That’s when the “family of artists” concept is working at its best.

And when I say strong on my products, I mean she is fiercely loyal. Here’s an example:

In 2016 we exhibited at Folk Alliance in Kansas City. I had not planned on attending myself, but Sonia kept urging me to go. I’m glad I went. I had fun, and the talent level of the participating artists was higher than I could have imagined. We hosted a “private showcase” …a hotel room with the beds removed, converted into a mini-nightclub that seated about twenty. Two entire floors of this hotel were converted into a string of dozens of these mini-nightclubs, each presenting about five or six artists a night, the action beginning at 10:30 PM (after the main concerts downstairs had finished) and running nearly until dawn.

Sonia was our headliner, playing each night at midnight, which was prime time. The halls were packed with musicians, milling around from room to room, most with guitars in hand.

During one of Sonia’s sets a guy with a guitar entered the room. It was someone Sonia knew, and she invited him to sing a song with her. The problem was, he had a capo on his guitar that was not a Shubb. Now, in the regular world at large this would just be a fact of life. But here we were in a room that was devoted to the celebration of Shubb Capos; a fantasy realm in which no competitors exist. My sudden discomfort level was disabling; something had to be done, but if I made a scene myself, I would come off as an intolerant ogre.

Sonia to the rescue. Before I could move to embarrass myself, without a moment’s hesitation, she snatched the rival capo from his guitar and tossed it aside. “You’re about to have a life changing moment,” she announced so that the whole room could hear, and she took out a spare Shubb she had with her, and put it on his guitar. Then she went on to explain to him exactly why it was better than the capo he came in with. Fortunately, the guy took it well, because it was delivered with such sincerity. What could have been an ugly encounter was transformed into a spontaneous testimonial.

She was handed a lemon, and she made lemonade. And that was just one example. She makes the whole day into lemonade whenever she shows up. I am so pleased to have you in my family, Sonia!