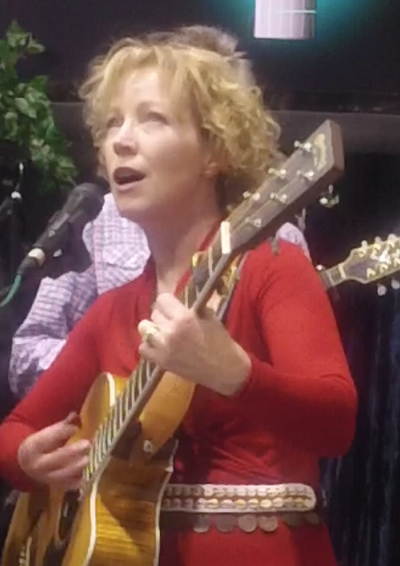 I first became aware of Susie Glaze and Steve Rankin when they attended some shows I did with the Rhythm Brothers and later with New West. They were fans of the two bands and never failed to come over and say hello after the performance. Of course I knew they were performers but because of busy schedules, did not actually see them with their band until they did a great set at the Shubb booth during the Anaheim NAMM Show.

Their individual and collective acting, writing, and performing credits are quite impressive, with Susie known for her work on Broadway and distinctive singing style.

Although their artistic credentials are impressive to say the least, they are both very modest and unassuming individuals. They have assembled a great musical group, the Hilonesome Band, and I’ve had the pleasure of sitting in with them a couple of times, always a joy!

New West shared the stage with their band one evening, and hanging out with them backstage reaffirmed what I already knew, that they are genuinely nice people, great talents, and they play music for the pure joy of the experience.

Oh, and by the way, they LOVE Shubb Capos 🙂